Invented out of Zerocoin project, Zcash is a digital currency which has a goal to improve the Bitcoin users’ anonymity. The protocol of the cryptocurrency have come out of the Zerocash project and resulted as Zcash in 2016. The digital currency was founded by Zooko Wilcox-O’Hearn and other founding members list includes Roger Veg (initial investor of Zcash) and Matthew D. Green (a cryptographer from Johns Hopkins University). 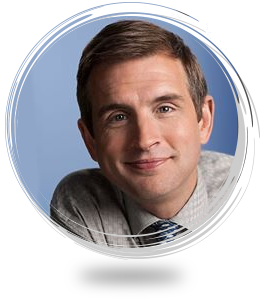 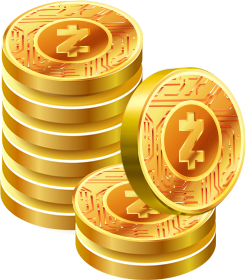 Started in 2013 with the name of Zerocoin, the project included Christina Garman, Aviel D. Rubin, Matthew Green, and Ian Miers from The Johns Hopkins University Department of Computer Science, Baltimore, USA. Christina, Ian, Matthew, and Aviel made Zerocoin project paper that summarized it as, “Bitcoin is the first digital currency and peer-to-peer payment network that has widespread adoption. Bitcoin had a potential to become a new financial interaction; however it has some limitations, majorly privacy. As the Bitcoin transaction details is viewable to public, privacy is only secured through pseudonyms. In the whitepaper, we propose Zerocoin, a solution to Bitcoin privacy that allows anonymous transactions. Our proposed system uses cryptographic assumptions, removes the third party scenario, and changes the Bitcoin security model. We detail cryptographic construction of Zerocoin, integration of this digital currency in Bitcoin, and witness its performance in computation and impact on Bitcoin protocol.”

Zcash has total supply of around 21 million units and its payments are made on the blockchain. Although users can use the privacy feature in order to conceal the recipient, sender, and transaction amount. The “selective disclosure” option of Zcash helps in doing transactions privately and allows users to make payment required for auditing. The main reason behind allowing private transactors is comply with tax regulations or anti-money laundering. As per Wilcox, “Transactions done on the network are auditable; however disclosure is as per the control of participant”. Zcash is not exactly from where the Zerocash team collaborated with Zooko, but they are the first that listed Zcash Github dates in November 2014. Post that, Zookos mention its collaboration with Zerocash in May 2015. The Zcash creator, Zooko Wilcox and entire team of Zerocash, including Nathan Wilcox, Jack Grigg, Daira Hopwood, Taylor Hornby, Maureen Walsh, and Sean Bowe as well as advisors, namely Gavin Anderesen, Arthur Breitman, Joseph Bonnaeu, and Vitalik Buterin are working in order to bring Zcash’s first public version (1.0).

The founder & CEO of Zcash, Wilcox met law enforcement agencies in and around U.S in order to explain the fundamentals and explained that they have not made Zcash to benefit illegal activities. Post that, on 4th April 2017, Zcash became one of the top ten cryptocurrencies in the market and since then it came to 17th position in September 2017.