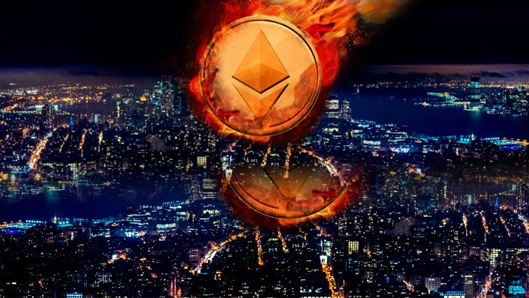 Blockchain is a decentralized and digitized open ledger that is used for all kinds of online transactions. It makes use of cryptography to secure all financial dealings and keeps the identity of online users a secret. It consists of overlapping blocks that can store huge amounts of data and is based on a peer-to-peer technology which can, in no way be altered. The primary Blockchain was implemented in the year 2009 by Satoshi Nakamoto as a major component of the first ever cryptocurrency named Bitcoin. It served as a financial ledger and later became the basis of distributed ledgers for different transactions.

Up until recently, the creation of Blockchain applications required complex coding, mathematics and cryptography, along with relevant data. However, the times have presumably changed with newer applications being developed and implemented faster than ever.

How Ethereum has adopted the Blockchain Technology?

Founded in 2015, Ethereum relies on the designs of Bitcoin and its Blockchain technology, but is much more advanced in its operation. The Ethereum Blockchain is quite similar to that of Bitcoin and maintains a record of all the transaction history. The major difference, however, is that Ethereum's nodes hoard all the latest smart contract updates, along with all the monetary transactions. Ethereum makes use of open software and a decentralized technology for all its transactions. Unlike Bitcoin, Ethereum users mine Ether, a crypto token that runs the entire network. Ethereum is not only a tradeable currency, but is also a hot favorite of application developers when it comes to paying transaction fees and service charges on its platform.

In contrast to Bitcoin Blockchain, the Ethereum Blockchain has some great capabilities. First and foremost, it helps you to create smart contracts. A smart contract is nothing but a computer code which facilitates different exchanges online. A smart contract operating on a Blockchain can very well become a self-operating system which executes on its own whenever set conditions have been met. This is done without the slightest scope of downtime, censorship, fraudulence or interference from third parties. And the best part is, Ethereum gives developers the freedom to create new applications that are required for smooth functionality of the platform.