Zcash is a cryptocurrency. Zcash was developed from the project of Zerocoin. This Zerocoin project was developed to provide better anonymity to users of Bitcoin and to create a completely untraceable, anonymous, open source blockchain.

The Zerocoin protocol was improvised in the beginning to be later transformed into Zerocash. This Zerocash ultimately produced the Zcash as a cryptocurrency. 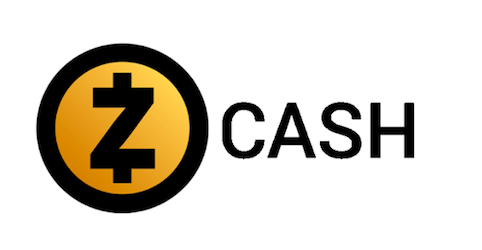 Zcash was produced in the year 2016, and was launched on 28th of October 2016.Zooko Wilcox-O’-Hearn is the founder and Chief Executive Officer of Zcash. Wilcox founded a company with the name of Zcash Electric Coin Company, which is responsible for building up the project of Zcash, keeping the code open sourced and mining decentralised. His team included Matthew D. Green, the cryptographer from John Hopkins University. Zcash has Roger Ver as one of its initial investors.

Zcash has a fixed total supply of 21 million units, exactly same as Bitcoin. It also follows the same issuance rate. 21 million ZEC would be issued over a period of 131 years. 20% of the Zcash coins created in the first four years are allotted to a “founder’s reward”, which is to be shared between developers, non-profit foundations and investors. Zcash raised a fund of US Dollars 3 million from these private investors.

Zcash is based on decentralised blockchain. Zcash payments are published on a blockchain that is public. The users have the privilege of using a privacy feature, which is optional. All information with Zcash is encrypted. This privacy feature can be used to conceal the identity of the sender, the recipient and the transacted amount. The private transactors in Zcash have the option of “selective disclosure”. This selective disclosure allows the user to prove his/her payments for the purpose of auditing. This also allows the private investors to avail the opportunity of complying with anti-money laundering and tax regulations.

Zcash has the unique property of having auditable transactions. But it is exclusively participant’s choice to disclose the transactions. Zcash founder Wilcox declared in several virtual meetings with law enforcement agencies of United States of America that Zcash is not meant to facilitate unlawful activities. He also explained in detail the fundamentals of Zcash to all law enforcement agencies in U.S.

Zcash plans to keep mining friendly. It is to be kept friendly to both Computer Processing Unit and Graphic Processing Unit. The mining process of Zcash is designed to be memory intensive. This would protect the mining from being dominated by Application Specific Integrated Circuits, (ASIC).

The issues related to fungibility is solved by Zcash with its anonymous transactions. Zcash is almost same as Bitcoin. Openly traceable transactions on public ledger carries the problem of some coins being bad or tainted from being associated with unauthorised markets or from thefts. The Bitcoin exchange, Coinbase regularly shuts down such user’s accounts if the user is found using tainted coins.

Money needs to be fully fungible. It is a necessity for the money to work properly. The Bitcoin users are free from worrying about any problem related to tainted or bad coins. Privacy is also another major concern. The big data companies can trace and track the financial information. Bitcoin works on this issue by encrypting data from nodes. Zcash is open source. So, it may be possible to use some of the codes to set Bitcoin protocol.

Zcash mining-how is it done?

Zcash is anonymous cryptocurrency. It uses zk-snarks to guarantee safe encryption of all information regarding user transactions. But all these transactions remain verifiable by all the miners, to verify that no duplicate spending has been conducted, taking the advantage of zero knowledge proofs.

Zcash can be mined easily with a Cloud mining contract. Zcash mining is relatively easy and virtually similar to Bitcoin mining. Zcash can be mined with CPU with Nicehash miner or GPU with Claymore miner, on Window. Zcash uses Equihash. It is the hashing algorithm for Zcash. Equihash is an asymmetric memory hard Proof of Work algorithm. It is based on generalised birthday problem. Equihash depends on requirements of high RAM. This is needed to bottleneck the proofs generation. It also makes development of Application Specific Integrated Circuits (ASIC) unfeasible. This is almost same to Ethereum.

Zcash has a slow mining start. This is to avoid instamine, or instant mining. Zcash always has a slow start of mining. This results in issuing the block rewards much slower than usual routine.

Zcash is presently in beta stage. The miner also needs a wallet to store her/his funds. Multiple Graphical User Interface wallets are available to choose from. A mining pool helps in directing the hashing power to it.