The Rise And Rise Of Cryptocurrency Mining 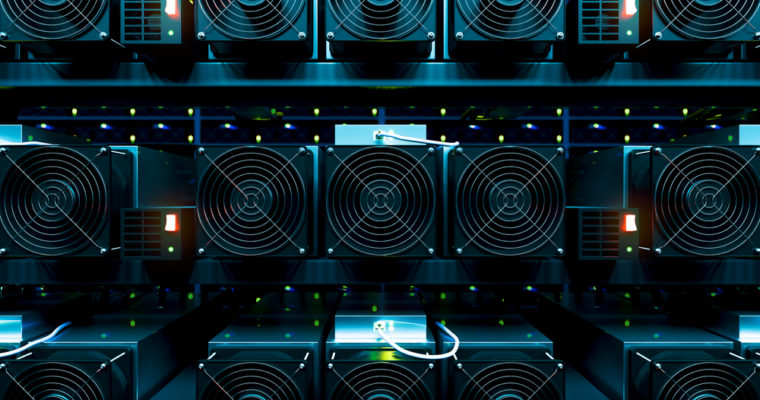 There is little doubt that remains in the heads of technology experts and novices alike about the advantages of using mining data centers to capitalize on the rapidly rising industry of cryptocurrency mining. For the benefit of those who may not have fully caught up with the trend of the times, we shall pontificate a little about these terms: ‘cryptocurrency’, ‘mining’ with regard to the same, and ‘mining data centers’, which are the various physical hardware components that are rigged to mine said cryptocurrency.

A cryptocurrency is “a digital currency in which encryption techniques are used to regulate the generation of units of currency and verify the transfer of funds, operating independently of a central bank”. To explain it a little further, the generation of units of cryptocurrency takes place on multiple processors that are working together to find acceptable solutions for the mathematical puzzle that has been assigned to that part of the cloud or network. There may be singly-operated and owned machines that have been available since the personal computer era, consuming domestic power and requiring only the built-in cooling systems and voltage regulation components, or huge stacks of arrayed processors that are figuring out the solutions in tandem, thus bringing down the overheads and increasing the viability of the cryptocurrency mining operation. These larger arrays are usually owned and operated by companies that have well-established data centers, which have been reconfigured and reprogrammed to run the software which validates the process of revenue generation as and when the solutions get worked out by the entire network. The protocols included within the software determine the share each node will receive depending on its effort in proportion to the total processing effort, energy consumption for cooling and all the extraneous investments that were involved. Using hashing algorithms, these revenues, based on Proof of Work, are converted into cryptocurrency, and each of these transactions is verified independently by multiple nodes on the network to form a block, which becomes the famous blockchain when sequenced.

Cryptocurrency mining is unique because it does not have a central governance system to monitor the rise and fall of the value of cryptocurrency. Instead, the transactional blockchain is maintained by multiple nodes of the network, making any attempt at allusion amongst stakeholders to tamper with the financial records a difficult task, to say the least. As with most technologies, however, maliciously inclined programmers have tried to develop methods like transactional batching and the 1% attack to cater to their nefarious ends, namely, hoarding unearned cryptocurrency. Despite these impending threats, the foundation of cryptocurrency mining remains solid, though always under scrutiny from wither end of the hacker spectrum, and the ever-increasing market capitalization of Bitcoin (as well as all the offshoot cryptocurrencies like Ethereum, Ripple, and Litecoin) is testament to the fact that cryptocurrency mining will continue to escape being compromised and also find new ways of implementation across business sectors unrelated to core brute force technology.

Coming to ‘data centers’, which were developed as a way to bring down the costs associated with carrying out the complicated programming governing automated processes that required more resources than was available on personal computers, cryptocurrency mining was a natural use for the idle processing power that exists at any given time on a cloud, or a connected network. It required enormous hit and trial guesses as well as iterations of formulae to figure out the answers to overcome some of the hurdles faced by the scientific community. Data centers served as combined stores of knowledge for the computers working on similar problems, and a software to make them contribute efficiently was developed by Satoshi Nakamoto, an as-yet unidentified person or group, resulting in Bitcoin being generated as a reward for scientific progress for the first time. Data centers were already established by this time (around 2010), and their unused capacity was harnessed to increase the rate of solving the initial mathematical problems.

Cut to 2018 and the market of cryptocurrency mining has been deluged with otherwise occupied mining data centers, from maintaining healthcare records using blockchain to implementing government plans across geographies. As the days go by, many novel and interesting applications of mining data centers become apparent, resulting in higher cryptocurrency mining profitability as well as energy efficiency.

The last result is encouraged by all companies that are at the forefront of employing mining data centers for cryptocurrency mining, with the more ‘green’ companies putting renewable energy as a future mainstay of the cryptocurrency industry. The long-term effects of sharing the computational workload in a wide variety of industries by using mining data centers (which host the online presence of said industries in most cases) are bound to propel cryptocurrency mining fortunes upward.