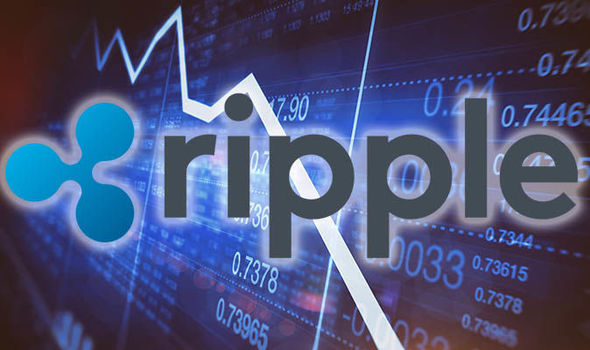 The first digital currency, Bitcoin has created a storm in the financial industry. People who bought the cryptocurrency in its early days when its price was just a few dollars are now among the richest ones. Since the last year, the Bitcoin’s price continues to spike to a new level.

However, huge gains are quite difficult to come.

Till now, Ripple is trading at a price of $0.91. Even after this, experts believe that this Ripple can become the next Bitcoin in the near future.

Craig Cole (an expert of Crypto Maps) said, “Ripple could be a substance in making the digital current mainstream.”

“Ripple’s fast speed of transactions and low transaction fees makes easier to hold the cryptocurrency for financial systems. This is the major reason for drastic price rise of Ripple in just a year. The cryptocurrency is helping the financial institutions in saving money and even expected to predominant in making the payments. Ripple is continuously rising and possesses the potential to become a token that will disrupt the industry and expected to reach to the level of Bitcoin in the coming time.”

John-Paul McCaffrey (Associate Director ITRC at Long Island University) agreed and said, “However, at present, there is no platform of exchanging traditional/fiat currency to Ripple (XRP), but this can change quickly even before you think.” He added, “There is an assumption that Coinbase will soon add the cryptocurrencies’ list they had for traditional/fiat exchange. The liquidity via Coinbase will soon attract the investors’ interest in Ripple (XRP).”

However, this will take sometime said Roman Guelfi-Gibbs (Director of Operations at Pinnacle Brilliance Systems Inc.)

“Certainly, Ripple has a great potential to become a top-notch cryptocurrency in the year 2018, however this will happen in 2019. In the market, there are many projects that are being coded in different algorithms, namely ETH, XRP might take a backseat in order to become the next token/coin. This will surely take some time for the crypto markets to accept Ripple, therefore as per me, 2019 will be the right time for this cryptocurrency. Obviously, anytime anything could happen with the cryptocurrencies, so do observe them closely.”

In the market, not everybody is enthusiastic on Ripple prospects catching up the Bitcoin. The Global Blockchain Technologies’ President, Shidan Gouran said, “Unlikely, Ripple is going up by two or more notches in the world of cryptocurrency in the year 2018 followed by three reasons.  First is its volume of dollar/market cap that differentiates it from the top three cryptocurrencies. The market cap of Bitcoin is above $191 billion, market cap of Ethereum is $84 billion, and Ripple has $35 billion. In order to attain second position, Ripple needs to replace Ethereum by $49 billion (the amount is double the national GDP of Iceland). Second reason is the usage of Ripple is mostly in trading the assets, not in daily spending. The consumer awareness regarding cryptocurrencies will significantly increase in the year 2018 and once people gain interest and trust on cryptocurrencies this will be used not only for transactions, but also as currencies. The final reason is Ripple can’t be purchased with physical currencies. To buy Ripple, you need to purchase Bitcoin and Ethereum first. This is also one of the advantages of Ethereum and Bitcoin, and make this cryptocurrencies as top two in the market. The unique abilities of Ripple will surely facilitate the transactions. However, it is difficult for Ripple to cross the high market cap of Ethereum or Bitcoin in the year 2018.”

Before replicating the early Bitcoin investors’ success, investors of Ripple need to wait as long as the cryptocurrency gains traction through the users. In addition, they also need to keep in mind that governments, banks, or hackers might damage or crush digital currencies all-inclusive.