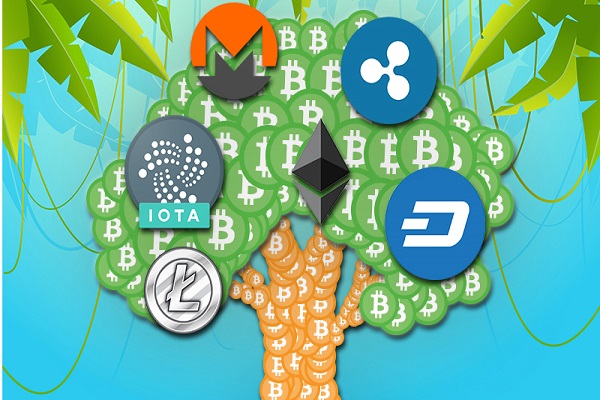 Chinese regulators have suddenly decided to impose a control on cryptocurrency mining. The main reason behind this shift in paradigm has been the President’s concern that there are huge economy-risks involved because of this mining. There has been a decade of ups and downs in stocks and real estate prices as a result of Bitcoin mining. Local governments have been requested to exit from this industry although China was one of the biggest producers of Bitcoin across the world.

In keeping with this new trend, China plans to cut down on electricity supply to Bitcoin miners. Chinese government bodies have also expressed their concerns about energy usage. But, the overall shift cannot be attributed to reasons of electricity only. The risks of Bitcoin mining are more in terms of economy because there are rampant acts of money laundering and fraud.

Steps the Chinese have taken to curtail Bitcoin Mining:

Incidentally, the government has already successfully cracked down on many criminal bases which had been operating because of alternate cryptocurrencies. Such cryptocurrencies were considered to be Ponzi schemes for generating illicit money. Then, the officials shut down the exchanges and also banned fundraising through ICOs. Recently, decision has also been undertaken to block the cryptocurrency platform from engaging in centralized trading. This change is coming at a time when the country is grappling with enough economic crises.

The ICOs are an equivalent of the initial public offering meant for new virtual currencies. Side by side, the country has also requested the local exchanges to stop cryptocurrency trading. It has outlined guidelines to discourage cryptocurrency mining or Bitcoin mining. In fact, even the Chinese mining companies which are functioning abroad, and which had been dodging the domestic ban on the ICOs, have been cut to size. Officials are also trying to block the domestic access to platforms and also mobile apps which have been providing exchange-like services to aid Bitcoin mining. Even the local stock exchanges are hitting out at companies which have been promoting themselves as being blockchain-related in order to boost their shares. So, all these changes are taking place together by concerted efforts by institutions like the Chinese Ministry of Industry and Information Technology, cyberspace administrative agencies and the central bank.

This is not to suggest that Bitcoin mining has completely halted in China. One can still trade Bitcoin and other alternate currencies here but this is possible at over-the-counter markets. This is a slower process and analysts are of the view that this may increase credit risks further. China’s recent move to crack down on Bitcoin mining has been a well-planned decision to mitigate risks from financial markets. The banking sector in particular has been the prime cause for concern as this was fast growing into a hazardous source for unregulated loans. Moreover, with digital currencies ruling the day, more and more funds were actually getting out of China. This was a dangerous situation which officials were already thinking of curtailing. So, according to a well-known economist this clampdown indicates an elaborate process for tightening security for activities which no longer fell within the standard monetary realm.

China is definitely not against mining cryptocurrencies; incidentally, the People’s Bank of China had experimented with its own cryptocurrency model. But, the main aim of the Chinese is to assume complete control over such transactions which is not what Bitcoin developers had in mind. So, Chinese steps have been reshaping the mining industry here and it has accelerated costs. Earlier, miners had been flocking to the country because of the low power costs, cheap labor etc. But, at the present moment, these miners are exploring other alternatives. The Chinese firm Bitmain operates two of the largest mining hardware and it has established its headquarters in Singapore. It also has operations in Canada and the US. One of the leading mining pools is opening a facility for mining Bitcoin in Canada. Even the wallet-services and Bitcoin exchanges which were in China are slowly relocating elsewhere. They are trying to establish the over-the-counter exchanges in Hong Kong and in other places like South Korea and Singapore.

Moreover, the increase in regulations on Bitcoin mining in China has had an impact on the digital currencies. It has accounted for big loss in revenues in the beginning of 2018. Such crackdown instances have also been seen in South Korea where the government is inspecting certain banks in connection with money laundering activities. It has also been thinking of shutting down cryptocurrency exchanges. Officials are considering imposing capital gains taxation on cryptocurrency trading here. This is because the demands in this country are so great that the prices are usually quoted much higher than in other places. Likewise, the US Securities and Exchange Commission has also been restricting digital token sales since the end of 2017.