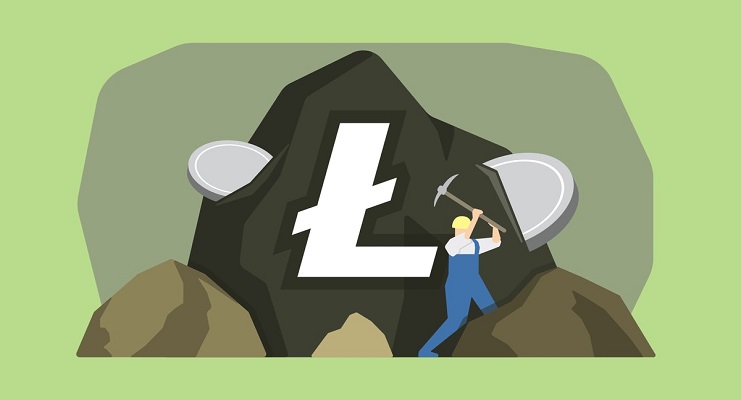 Litecoin mining can be conducted using specialized hardware and computers which will not only secure network and verify transactions, but also pay out new Litecoin as rewards to the miners. Like the Bitcoin, Litecoin is a digital cryptocurrency which may be used for sending payments to one another. It is a decentralized and peer-to-peer network which means that it will not be controlled by any government or entity. The payments handled are not physical currencies like the dollar; rather, these are in the form of crypto coins called Litecoin. The Litecoin may be sold and bought in exchange for traditional money in multiple exchanges online.

Compared to the Bitcoin, the Litecoin mining industry falls behind. There are powerful ASICs which have been designed to solve the proof of function for Bitcoin. These are also available for the Litecoin but are rather hard to purchase. The Litecoin makes use of a Proof of Work system that is different from the Bitcoin. So, you cannot buy a Bitcoin miner like the Antminer S7 which is available readily on Amazon, for mining the Litecoin. The best hardware for Litecoin mining is unarguably the graphic card; however, these are not very profitable. When you are actually serious about Litecoin mining, it is perhaps better to mine the Bitcoin using miners like Antminer S7 and then covert these earned BTC to Litecoin.

With the growing interest in LTC and higher prices that it offers, there is now another advanced miner which is available for Litecoin mining. This is the BW-L21 Litecoin Scrypt Miner which claims to offer 550MHs in exchange for 950Watts of power consumption. The process for ordering for these devices remains a challenge and you have to place orders in bulk. Such purchases are not very lucrative for home miners. The Bitcoin Antminer S3 for instance continues to be more popular among the small miners who can only afford to buy a couple of devices.

How Litecoin Mining will work:

Similar to the Bitcoin, Litecoin will make use of the Proof of Work function. This means that Litecoin mining is a process taking up a lot of energy and time. To be able to send the Litecoin, the transactions have to be part of a block. The miners will then verify such transactions through a Proof of Work function. They check the incoming transactions with prior ones on the blockchain. When there has been no double spending, the miners will build a new blockchain having new transactions and then add this to the existing blockchain. Since Litecoin mining uses up a lot of energy or power, it is never cheap. The block rewards are then distributed among miners for every block that has been mined. This in turn gives miners the incentive to contribute more hash power to this network.

The Litecoin blockchain refers to the public ledger which comprises of every Litecoin transaction. Litecoin is distributed and decentralized; the public blockchain may be verified by anyone. One cannot erase previous transactions; nor is it possible for counterfeit transactions to have taken place without network consensus.

The biggest advantage with any kind of cryptocurrency is that the supply of such a currency may be programmed at intervals. This is what makes them distinct from gold, silver etc and this explains why mining companies will mine quicker when the prices increase. Litecoin mining difficulty refers to an algorithm which typically gets updated based upon the total hash power in the network. This ensures that the blocks get generated after every 2.5 minutes. Unlike in case of gold, when there is a price rise in the cryptocurrency, there will not be an increase in the mining rate. With a hike in Litecoin prices, miners will tend to contribute more hash power to the network. But Litecoin difficulty will ensure that this new hash power is balanced by an increase in difficulty of the algorithm or Proof of Work.

To determine Litecoin mining profitability, you can use online mining calculators to understand how profitable the hardware is. This profitability depends on Litecoin prices, hardware hash power, electricity charges, hardware efficiency etc. Litecoin mining turns out to be profitable only under specific conditions. Earlier, people earned profit by using CPUs and GPUs to mine cryptocurrencies. However, this situation has changed. Today, miners use specialized hardware or the ASICs. These are designed to mine faster and far more efficiently. The costs of running CPUs or GPUs for mining were also much higher than the rewards earned after mining. Even where electricity was free of cost, profits were negligible. The ASIC hardware may be efficient but before you buy it, you need to verify its power consumption. You will not want to end up paying more for power charges than what you earn as Litecoin. You must also consider the network difficulty level. This level will increase as more miners join network and this in turn will push the profitability down. While the ASIC hardware is capable of mining the Litecoin efficiently, it cannot be re-used for other work. So, its resale value is extremely low. Joining a mining pool for mining the Litecoin is a good idea because here, the chances of rewards are higher. Even while choosing a pool, you must consider factors like its features, fees, reputation, reliability and user support. As far as software goes, the ASIC miners will have their own software and this does not need much configuration.