There has been an enough interest in the Ethereum project to warrant an in-depth review about GPU mining as far as Ethereum mining is concerned. Ether operates on the Ethereum blockchain and the cryptocurrency has achieved an overwhelming status in terms of its trading value, which is second only to Bitcoin.

With a whopping rise in the price of Ethereum in recent times, the growth in demand for graphic cards for Ethereum mining is inevitable. As far as its mining is concerned, Ethereum does not allow FGPAs or custom ASICs to be used. Miners muse leverage high performance discrete graphic cards that are supported by a powerful PC.

Importance of hardware in GPU mining

Unless you are prepared to invest a significant amount of money while buying a hardware, you should not hope to achieve the desired objective of making serious profits from the mining process. Development of 6-7 mining machine for GPU mining is not difficult with an exhaustive array of information or threads that are easily available on the Internet.

Ethereum mining process can achieve 200 MH/s by leveraging video cards with specifications such as 7 AMD Radeon RX 480. You need to do an in-depth homework before consuming 1000 watts on a round the clock basis for clocking a profit of $12870 on annual basis. This leads us to the option of building a PC for mining. 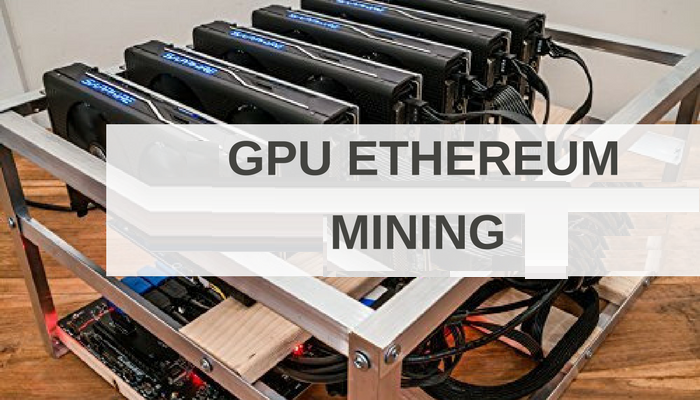 Here is a detailed summary of what ne should be looking for before going ahead with building a PC for GPU mining.

Supportive motherboard – It is not easy to find a resourceful motherboard to accommodate six to seven graphic cards unless you have an access to a custom UEFI or have a sound luck. You can be sure of hitting a great deal by choosing Z97 and Z87 chipsets for processors such as LGA1150. Thos due to the fact that these chipsets are slowly being phased out to pave way for more advanced Intel Z270 and Z287 motherboards to support LGA1151 processors.

However, serious miners must think of MSI Z170 PRO CARBON for GPU mining since it has support for seven GPUs at any given time. If you fail to find this board, then you can always choose SUS PRIME Z270-A. Asus is actually being used by individuals who need to use eight graphic cards.

Memory – Memory requirement is directly associated with the kind of motherboard that you have in your mind. Mining rigs must be supported with dual channel power supply. However, you should be aware about the type of motherboard and DDR4 or DDR3 memory makes a great difference in addition to the use of 8GB memory.

Energy sources – Power supply plays a vital role in determining profitability and success of a GPU mining venture. This due to the fact the rig is designed to operate incessantly on round the clock basis. A power supply of at least 1000 watts should be aimed at without any concerns of outages. Therefore, one must think of nothing less than power supply of 80 PLUS which is Platinum rated and capable of providing 1200 watts of uninterrupted power supply.

Although, AMD Radeon R9 295X2 is around for almost two years, it has excellent ability to hold the topmost position in terms of performance. In spite of its affordable price the AMD Dual-GPU card is packed with a whopping 500W. You only have to imagine the power pulling capacity of the system when you are concurrently using seven such cards. The amount of power can be as high as a whopping 3500 watts.

Whether you are using AMD Radeon RX 580 or RX 480, you are sure of generating an amazing performance. It is possible to enhance the performance by modification of BIOS and by dialing the cards in. However, these cards are hard to find as almost all of them are sold out.

This brings us to NVIDIA GeForce GTX 1070. This card offers the best value for money as far as Ethereum GPU mining 9s concerned. However, the performance and energy efficiency of NVIDIA GTX 100 is questionable if you are mining on Windows 10. This calls for a significant amount of homework if you really wish to generate revenue.

Mining is a vast subject but it all depends on the kind of hardware and the configuration of software. In present scenario, Radeon RX 480 and RX 580 seem to be perfect choices.