Do Not Miss The Ethereum Mining Freight Train! 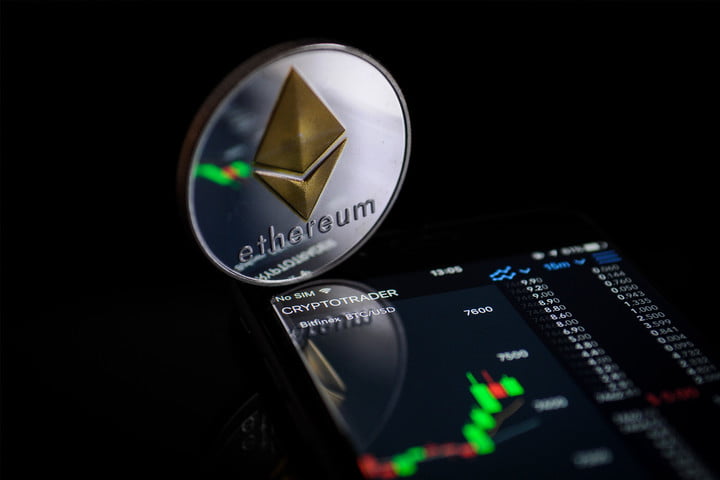 In the aftermath of the volatile spikes of Bitcoin price in January this year, many people were left ruing their mistakes in taking Bitcoin as the short option of gaining profits. Such short-sighted investments have high risks involved in the nature of the process itself, so investors must be wary of sharp changes in cryptocurrency markets. That being said, after the correction in the price of Bitcoin and Ethereum among other currencies came about, the future is again looking stable.

The reason why Ethereum mining profitability is up is that it does not open itself up to the whims and fancies of people looking to cash in quickly. Instead, it has been stable by limiting the Ethereum in circulation and employing excellent Proof of Work verification before allocating Ethereum mining returns to stakeholders.

Ethereum – How It Differs From Bitcoin

There are multiple concrete and distinct dissimilarities between the most famous cryptocurrency, Bitcoin, and Ethereum. For starters, while Bitcoin was a result of blockchain technology being implemented at the network level to verify the value being created by processing power invested in solving mathematical problems, Ethereum uses the calculating capabilities of its connected rigs to generate Ethereum mining profitability by hosting the development and deployment of distributed applications as well as smart contracts.

A side note on distributed applications is in order since it is the basis for determining Ethereum mining profitability. The concept is simple and forward-focused: instead of hosting the systems that drive an application on a single group of servers, distributed applications are hosted by multiple servers to reduce downtime, response time to service requests by users, server crashes, and operational costs, while increasing Ethereum mining profitability. By distributing the load of the application over processors that are virtual mining rigs running Ethash or similar Ethereum software, owners of the application also stand to profit from the rise in Ethereum price in addition to their application’s channels of revenue.

Secondly, Ether, the token signifying Ethereum price, was offered for public purchase at the time of its launch by Vitalik Buterin in Miami, the Sunshine State of the United States of America, in early 2014 – unlike Bitcoin, which came up by itself, oblivious to pre-sale offerings since the technology was in its infancy. The interest in Ethereum by Microsoft, which chose ConsenSys as its partner to offer Ethereum Blockchain as a Service through Azure, its cloud-based hosting platform, for the benefit of application developers and cryptocurrency enthusiasts. This significant vote of confidence boosted Ethereum mining profitability and also saved it to a certain extent from the market shock four years later.

Next, while Bitcoin has been around since the earliest days back during the development of blockchain (which is a ledger that is tamper proof) making use of the cryptographic hashing algorithm SHA – 256, Ethereum on the other hand was developed specifically while working on recording transactions in blocks that are added to the blockchain using KECCAK-256 (in most cases of Ethereum mining).

Even at the network node level, Ethereum differs in the programming language used to carry out the hosting of distributed applications, as opposed to Bitcoin which first and foremost serves as a way of verifying financial transactions for enabling payments in virtual currency. Bitcoin has been used in many different ways to address a lot of issues that were prevalent in traditional online financial transactions, as well as healthcare, record keeping, and government schemes implementation. Ethereum, in contrast, has a specific blockchain algorithm which is best suited to the development and functioning of various cloud-based applications that can have theoretically infinite uses, which is why Ethereum mining profitability seems all positive and headed for a rosy future!

Frivolousness aside, Ethereum is quite committed to the security of Ether as a cryptocurrency only behind Bitcoin in price and market capitalization, and is focused in its approach to maintain Ethereum mining profitability through a transition from Proof of Work (PoW) that is the backbone of Bitcoin and most prevalent cryptocurrencies, to a Proof of Stake (PoS) model which have a bearing on long-term scalability of the Ethereum mining and consequently, Ethereum price.

Ethereum is All Set for the Future

The major factors driving Ethereum mining profitability are quite concomitant with the reasons that govern other cryptocurrencies. In fact, with the launch of multiple new currencies every day, Ethereum price can be expected to continue to rise in a stable graph, as old investors in the crypto game will like to track Ethereum price and also for the safety which experienced miners will seek in a stable and proven cryptocurrency like Ethereum. It is never a bad time to invest in established physical networks that help to sustain growth in Ethereum price by enhancing Ethereum mining profitability.