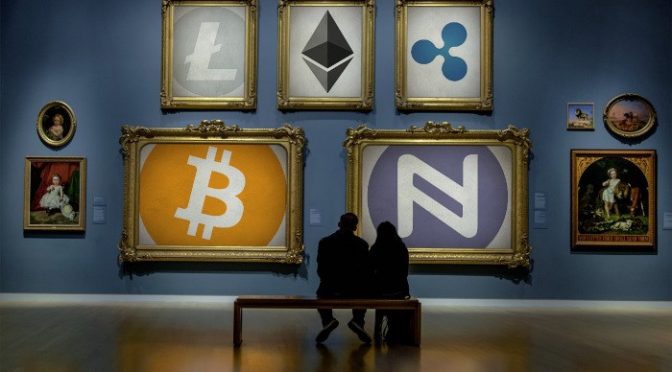 The community of cryptocurrency analysts – which form a large chunk of banking institutions – have carried on their previously stated view of – Bitcoin being a bubble and even some of them have suggested that finally it has burst! Still, with such negative perceptions been getting prevalent in the market – the flow of the talent from the Wall Street towards the universe of cryptocurrencies has not stopped.

In addition to this, China – which is the first country in the world to completely outlaw the trading of cryptocurrencies – in a strange move – is beaming ahead with its own kind of development and usages of blockchain technology. Recently, the government of People’s Republic of China has decided to propose a blockchain fund worth of $ 1.6 billion for its major startups and projects. In a similar move – the European Commission has formed an empowered committee of senators to look into the potential utilities of blockchain technologies for humanitarian purposes and governance issues. Japan still is the leader of the world in the volume of trading of crypto assets. The business association of cryptocurrencies in Japan is of the view that – there exist no less than 3.5 million active traders of these new age digital monies.

Most of the nations of the first world are inching towards the adoption of technology of blockchain – which shall prove to be positive for the domain of cryptocurrencies in longer run. Hence, it can be said with certainty, that the risk of short term are far out-weighted by the long-term positives.

Mr. Adrian Lai who happens to be the founding member of cryptocurrency investment firm – the name of which is – Orichal Partners and is – based in the nation of Hong Kong – is of the view that – once the correction mechanism of 2018 passes; the domain of cryptocurrency would attract big institutional investors – thereby resulting in an increment of the trading volumes of cryptocurrencies all around the world.

It has been witnessed in the year of 2016 as well as in 2017 that the second quarter of a financial year has remained a period of rally. We are yet to witness – if the previous performance of Bitcoin in the year of 2016 and 17 would be repeating in this year or not. Let’s go back to our usual task of market analysis for the cryptocurrencies Bitcoin, Ethereum and Bitcoin Cash:

Bitcoin has created a ‘decrementing triangle’ kind of pattern within this short term – which shall be completing a breakpoint – below the level of $ 6,760. However, we have already seen that it has taken two attempts in the past – by the bears – to break even this support level – on the dates of 1st of April as well as on 6th of April.

This kind of pattern of bearish attitude would be nullified if the prices start breaking out from the triangle. The triangle is lying in the close vicinity of the resistance line – belonging to the decrementing channel and is little below the 20-days exponential moving average. Once, it happens that the prices breakout from these resistance levels – the price of Bitcoin would slowly turn in a positive direction and would start rallying towards 50-days simple moving average.

It is a golden opportunity for the cryptocurrency traders so that they can start initiating longer positions on a closing – which is just upward the 20-days exponential moving average having set their minimal objective at $ 9,000. The starting stop loss could be easily kept at the level of $ 6,700 – which can – however, be extrapolated in later times.

The bullish outlook would be nullified – if, it so happens that – the price of Bitcoin breaks before the triangle which might end up sliding towards the level of $5,435.

The Ethereum cryptocurrency has – for long – been trying a way out to break from the stiff range – in which – it has been throttled since the date 30th of March. On a positive note, it has faced resistances at the level of 20-days exponential moving average and this lies just parallel to the line of resistance belonging to the decrementing channel. If the price of Ethereum cryptocurrency starts breaking free of all such resistances lying overhead – then, it is sure that it will start inching towards the level of 50-days simple moving average at the price of $ 607.

We are, therefore, waiting for the breakout to happen – so that – it may close over the line of resistance belonging to the decrementing channel in order to protect – any kind of longer positions before hand. This kind of bullish view of ours would be nullified – if, the prices break below this range.

The Bitcoin Cash cryptocurrency is struck in a stiff range and therefore been trading within that range for the last passing 4 days. If we go by the history of Bitcoin Cash we would find that it is a regular pattern of this crypto currency of getting struck in such stiff ranger for few days – just before, ultimately – taking a decision making direction. The current position of Bitcoin Cash is like – that, it is getting traded just right of the center belonging to – this currently ongoing stiff range. Before its crossing of the threshold limit of $ 780, any substantial trading would not come up in motion!

We shall be turning bullish for this short term if the prices go breaking out this decrementing channel. If such kind of move happens – then the price of Bitcoin Cash cryptocurrency would prepare towards the simple moving average of 50 days – which shall lie at the level of $ 995. The lowest support for Bitcoin Cash cryptocurrency as per our calculations – is at the level of $ 560 and subsequent support level would be as low as $ 425.

Hence, we have to start rolling our dice, before we substantially put any serious thought over the cryptocurrency trading of these three cryptocurrencies – namely, the Bitcoin, Ethereum, and Bitcoin Cash!