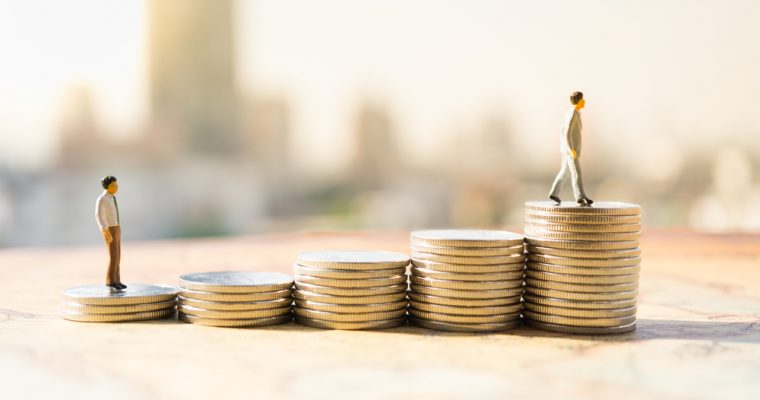 Recently a survey has been done by the press agency Reuters which shows that 20 % of all financial institutions are going to start planning so that they are able to launch the platform of crypto currency trading in the next coming one year. The survey in its sample space has picked up asset managers, hedge funds, as well as big corporate banks. What this means is that we would be soon witnessing a huge inflow of money within the domain of these new age digital crypto currencies.

Mr. Justin Schmidt who happens to be a big name in the word of crypto trading has been hired by Goldman Sachs in its first of the moves of gearing towards its own digitalized money division of market. It is perceived by the crypto currency pundits that once it happens that such big name of the types of Goldman Sachs plunge into the markets of crypto currencies, other big banking names would also be taking a cue from the book of these.

Another big name Mr. Tim Draper is of the opinion that the Bitcoin crypto currency is a bigger phenomenon then that of Iron Age, Industrial Revolution, and The Renaissance combined! There has been an incremented interest of the exchanges in the domain of crypto currencies that they have realized the need of strengthening their offered services. From the markets of Japan a very positive news has come that the 16 crypto currencies exchanges have got their registrations done with the government of Japan’s financial agency of services. Not just this but they have also undertaken a memorandum of understanding to form an association. The Crypto Currency Exchange Association of Japan would be instrumental in improving the security aspects as well as it would be formulating self-regulatory mechanisms to cope up with the digital threats.

All such indicators point in the direction and that direction is indicative of the maturity of the cryptocurrency market which is prone to offer multitude of opportunities in the times to come. In such a scenario where it seems that the future of crypto currency is in safe hands then why do people engage in trading activities rather than just buying and holding it?

It is because of the reason that despite the long time picture being of immense impressive prospects still the short-term volatility in the markets of crypto currency are not fully eradicated out. We just need to play the volatility in our favor so that we are able to increment the trading capital we have got. Let’s go back to our usual task of market analysis of crypto currencies.

Bitcoin has got a great rally ahead by closing its positions near to the mark of $ 10,000 giving a profit booking to the investors. In the previous week we were of the opinion that one should go for booking of minuscule profits at the level of $ 9,200 so that one is able to keep the stop loss on a resting position while a break even happens.

It is a stated position of crypto currency experts that by nature they are very volatile; hence, they move in the direction of giving up the profits in a very quick turn of events. This is the sole reason why we preferably perform the booking of partial benefits at the resistance levels and then go for the stop losses which are higher in the graph.

It has come to such prospect that a failure of the trend line of not being able to offer any kind of support seems inevitable. The price of Bitcoin as compared to United States Dollar could easily decrement to the 20-days’ exponential moving average.

If it so happens that the moving average is not able to perform any support then this sliding in the pricing of Bitcoin might also reach the level of $ 8,000. Hence, over suggestion is that one should retain the stop loss for the remaining positions at the point of break even.

And what is the reason that we are not able to just raise the stop loss which lies on the complete position at a bit higher pedestal?

It is because that the moving averages be it exponential moving average or the simple moving average -is not able to complete a crossover which is bullish. Hence, we are anticipating a little purchasing to occur at the level of $ 8,770. If our prediction comes true this undisputed king in the world of crypto currencies would be a tempting to break at $ 10,000 and even might surge to the point of $ 12,000. Hence we are playing safe and are giving a room for wriggling so that our stops remain at breakeven level.

How so ever, the opposite might happen if the zone of support which lies between its current pricing at $ 600 and the breakage of trade line happens then the pricing of Ethereum might even decrement towards the exponential moving average of 20-days.

So, we are not in any position to predict any kind of trading in such a scenario because we are not able to detect any entry opportunity at low risk. Hence, we are waiting for a new position to develop so that it may be able to initiate its preceding towards a longer position.

We have found that this crypto currency Bitcoin Cash which happens to be a forked version of Bitcoin is in the vicinity of our predicted target objective which was $ 1600. On 24th of April we have seen that it had reached a high position of intraday at the level of $ 1,591. In the earlier market analysis we had predicted that this digital crypto asset has a past of undergoing sharp rallies and vertical plunges. It is because of this reason that that traders might be wanting to protect their profits with a sharp stop loss lying in their way.

The price of Bitcoin Cash is at the support level of $ 1,200. If it so happens that this level keeps on holding then we would soon be able to see a consolidated position between the price of $ 1,200 and $ 1,600. The next level of rallying would be occurring if this Bitcoin Cash crypto currency comes out of the range of $ 1,600.

On the other hand there are risks too; as it might happen that the level of $ 1,200 is not able to contain the decline then this crypto currency might drift its value towards the exponential moving average of 20-days at the level of $ 1,000. Therefore, we are suggesting our readers to keep on waiting for a new kind of purchasing setup to come out before we recommend fresher and longer positions.