Companies That Will Produce Mining Hardware in the Future 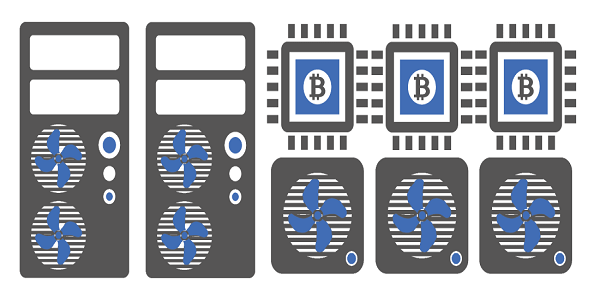 Mining hardware has so far been dominated by Chinese companies with Bitmain selling equipments to the tune of 60% of current hash rate. But, now there are quite a few well-known companies which are stating that they will bring forth cutting-edge state of-the-art equipments in the mining hardware industry.

The Antminer S9 which is the leading rig for the Bitmain produces a chip using a 16nm process. This remains the most efficient solution for consumers even today. While it is true that the Antminer S9 have clients all across the globe and account for the lion’s share of the hash rate, it accepts BCH exclusively. So, the control which Bitmain currently has over the cryptocurrency market may be slightly shaken up if there are new companies coming into the market from China, Russia and Japan.

Companies which are set to pose a challenge to Bitmain’s supremacy:

One of the first companies to declare that they will also be mining the Bitcoin was the RMC One or Russian Mining Company founded by Marinichev. He is the technology advisor to Putin, the Russian President. In the past year, this company has raised nearly $37 million Bitcoins to be able to sponsor mining solutions which they have named Sunrise S11i. The 16nm chips continue to take pre-orders for products but the company is hopeful that this S11i will offer a much higher degree of efficiency. While the RMC One sells rigs in exchange of tokens, these must bust be purchased first by consumers who have not obtained them. To use the Sunrise S11i, the miners are also expected to join RMC mining pool. This has charges for participation and therefore the owner does not enjoy a huge percentage of rewards. So, you may be getting greater hashes for dollars but the power demands for such a rig are typically much heftier for majority of miners.

Another mining hardware to be introduced by the Chinese maker Halong Mining is the DragonMint 16T miner. This had been recently launched during Thanksgiving and it bears the logo of a dragon. The company is hopeful that this DragonMint 16T will turn out to be the most efficient mining rig for the Bitcoin and it will also be much cooler than the S9 by Bitmain. The company feels that this product is slated to win over consumers as it has been made after much groundwork by almost 100 technicians and developers and with a lot of investment. Adam Black who was one of the inventors of the mining process which led to Bitcoin mining has stated that the 16T is likely to be successful because the features are real and just as advertised. The Halong mining hardware manufacturer company has started to take orders for international shipping and it accepts Bitcoin payments.

Close on the heels of DragonMint’s declaration another company in China, Ebang, stated that it would soon launch the E10 line. This will have 10nm ASIC chips but specifications of this mining hardware model are yet to be clarified. The biggest investments in mining hardware so far have been made by the GMO Group. This is the largest ISP in Japan and also the leading Bitcoin exchange and Forex market exchange. According to this company’s president there are plans to invest as much as 10 Billion yen over the next couple of years to produce advanced mining hardware. This company is also currently doing research on making mining rigs and chips for both consumer sale and Scandinavian mining farms. They are producing multiple kinds of ASIC chips having 3.5nm, 5nm, and 7nm processes.

SBI Group in Japan is another financial service company which is investing heavily in the Bitcoin world, even in developing mining hardware. Reports on this company suggest that they will grow quickly in the cryptocurrency world; they are planning for different types of cryptocurrency products. Their aim is to emerge as the one-stop shop for everything that is related to the Bitcoin. The CEO of this company Yoshitaka Kitao is hopeful that cryptocurrencies will eventually become part of their ecosystem and the company will be exploring cooperation possibilities between the existing and new financial ecosystems based upon cryptocurrencies. The company plans to establish an exchange platform which will follow the customer-centric principle. The company feels that they will need to acquire a greater cryptocurrency share vis-à-vis mining so that they can stabilize the market. This will ensure that they can provide adequate inexpensive coins to the exchange. But, there is no declaration so far as to the time they will actually begin producing mining hardware.