Is Bitcoin mining profitable in 2017? The answer to this question is that it totally depends on the miner’s budget and will to spend. Apart from this, it also depends on various factors. So to help, mining calculators were invented. These calculators consider various parameters like hardware cost, electricity cost, and other variables in order to calculate the profitability.

However, before giving an example, how profitability is calculated, you need to know different terms and variables. To make you informed, here is a blog post that lists mining terms that are must to know. Read on! 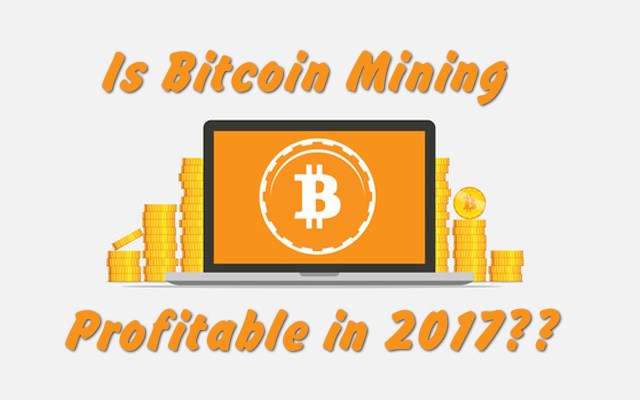 2. Bitcoins Per Block
On solving each cryptographic problem, some fixed amount of Bitcoins got created. Bitcoins start generating at 50 and then halved in around 210,000 blocks in each span of four years.
Today, the reward of mining per Block is 12.5. The block halving has been done on July 2016 and now next will happen in 2020.

3. Difficulty in Mining Bitcoin
The Bitcoin network is designed in such a way that a fixed amount of Bitcoins get created in every 10 minutes. The more the difficulty in solving mathematical problems, higher will be the Hash Rate of the network. And ultimately it will result in more miners and it will be hard to mine Bitcoins.

6. Pool Fees
Pool fees is required to join a mining pool. A group of people or miners join the mining network in order to solve cryptographic problems successfully is called mining pool. The pool deducts some fees of miners to maintain the operations. When a pool of miners successfully complete the cryptographic problems, then earned profits are distributed among the pool members as per the amount of work done by each miner in the form of hash rate.

7. Time Frame
At the time of calculating the Bitcoin mining profitability, it is necessary to define time frame. For instance, if you take a one/two year contract or some other miner take lifetime contract of mining, he/she will earn more profit as compared to you. This simply means more time you mine the Bitcoins, more Bitcoins you earn.

8. Conversion Rate
As the price of Bitcoin changes day-by-day, so nobody knows what will be the BTC/USD exchange rate in the future. Nobody can predict the future of this digital currency. If you want to participate in Bitcoin cloud mining, you should not consider this factor and get into mining. However, in future, if you are planning to exchange Bitcoin in fiat currency, then you should consider this factor.

9. Profitability Per Year
This is one of the most important factors that everybody should consider before getting into Bitcoin mining. As nobody can predict the miners rate that are joining the network and even no one knows that how difficult Bitcoin mining will be in the coming weeks, months, and years. The second thing to consider is conversion rate. To find out the conversion rate, you just have to put the annual profitability decline factor. This will give you an estimate of the growing mining difficulty.

Try Bitcoin Cloud Mining!
Those, who do not have enough money to invest in mining and still want to mine Bitcoins, they can participate in Bitcoin cloud mining. In this method, you do not need to buy a mining rig, hardware or software, you just get paid for what you earn. Sound like a cool idea, as there is no need to spend money on expensive equipment, electricity, and cooling etc. However, before getting into mining, read about the testimonials and company as there are plenty of mining companies who are doing the scams.

If you want my opinion on cloud mining, I would definitely recommend Hashgains. It is a leading Bitcoin and other cryptocurrency cloud mining company with state-of-the-art equipment. So, wait no more, invest in Bitcoin mining and earn profits on ROI.