Bitcoin Cash Explained For the Layman Curious About Cryptocurrency 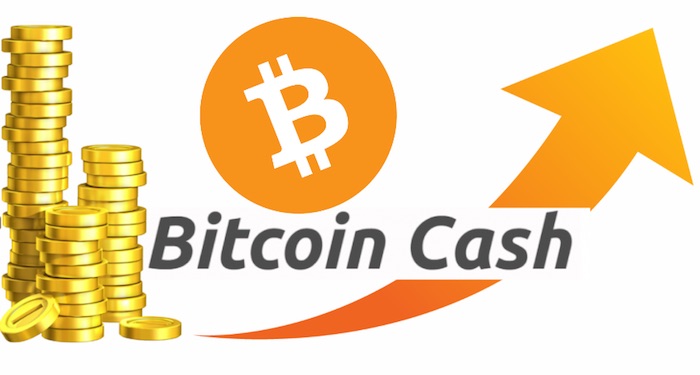 Bitcoin Cash or Bcash is a Bitcoin blockchain that has been slightly modified but has the same history and record of all the earlier transactions. In this form of Bitcoin, the blocks have been increased to make transactions speedier. In its current form, Bitcoin mining is very slow and it may take many hours for the mining process to get completed. While Bitcoin duplicates have to start from scratch, Bcash being based on the core blockchain of the original allows faster processing and quicker completion of transactions.

Why This Raging Popularity

Bcash has attracted a lot of publicity and has become quite popular because it gives away free money to Bitcoin owners quite literally. Many experts also commend the timing of Bcash. It is a brilliant move to time the launch of Bcash at the same time as the hard fork. These two aspects have been primarily been responsible for the increase in the demand for Bitcoin.

Bcash is claimed to be the P2P electronic cash that’s completely decentralized. There is no control on the coin by any bank or institution. The P2P tag has been deliberately given to emphasis the fact that existence of the cash depends primarily and exclusively on the quantum of transactions. As it is has come into existence because of a hard fork, those who have Bitcoins in their possession were awarded an equal amount of Bcash. However, the free reward was given only to those who did not have Bitcoin(BTC) in their exchanges and possessed their private keys when hard fork happened.

The question now uppermost on cryptocurrency owners mind is how can Bcash stop replay attacks? Before that is answered we must know what a replay attack is. It is a form of data transmission that gets either repeated or delayed but with malicious intent. In the world of cryptocurrency, it means picking up transaction happening in one blockchain and repeating it in another with malicious intent.

Bcash can prevent replay attacks by making use of a redefined sign hash algorithm. Also known as sighash, this algorithm can make transactions null and void by using a specific output which has the Bitcoin string, P2P ECS as data.

Cryptocurrency of any type needs miners to ensure its smooth running. Bitcoin Cash has a managed to do that and has improved its hash rate significantly. When it comes to Bitcoin there is something known as MTP or Median Time Past. It is a measure of the average of the previously mined 11 blocks of a blockchain. MTP is a way of knowing when future blocks can be mined. It also provides a measure of the level of difficulty of mining.

If the Median Time Past of the latest block and that of the preceding six blocks is more than 12 hours then the mining difficulty decreases by 20 per cent. This provides miners the ability to make some adjustments in the level of difficulty.

It must also be noted that the level of difficulty gets adjusted based on the miners present within a system. Few miners mean less difficulty and vice-versa. When Bcash was first started, it had attracted fewer miners and hence the level of difficulty of mining was low. Miners noticed this and turned to Bcash from BTC causing the hashing power of Bitcoin to reduce to half. The transaction time was also reduced while the fees were increased.

There are several reasons for the astounding success of BCH. Here, we analyze a few of them.

When it was first introduced, there were few exchanges willing to accept BCH but with its popularity growing and its value showing a steady increase, the number of exchanges listing Bitcoin Cash has increased. This has led to more number of transactions and has also improved the credibility of the coin.

With BCH becoming more lucrative for miners, they are joining the platform in droves to provide their hashing power. This also has helped increase the value of BCH. As the block size is 8 MB currently, it implies that there will be more transactions soon and will provide fees for miners.

In the present cryptocurrency scenario it is not easy to predict the future of BTC nor do we know the long term consequences of its presence. This is the first time that someone has managed to hard fork from Bitcoin while ensuring that all previous transaction records are secured. Another exciting aspect is the 8 MB block size. How this can affect the miners is something that only the future can answer. The future of BCH is unpredictable but the prospects look exciting.