7 Cryptocurrencies to Watch Out for in 2018 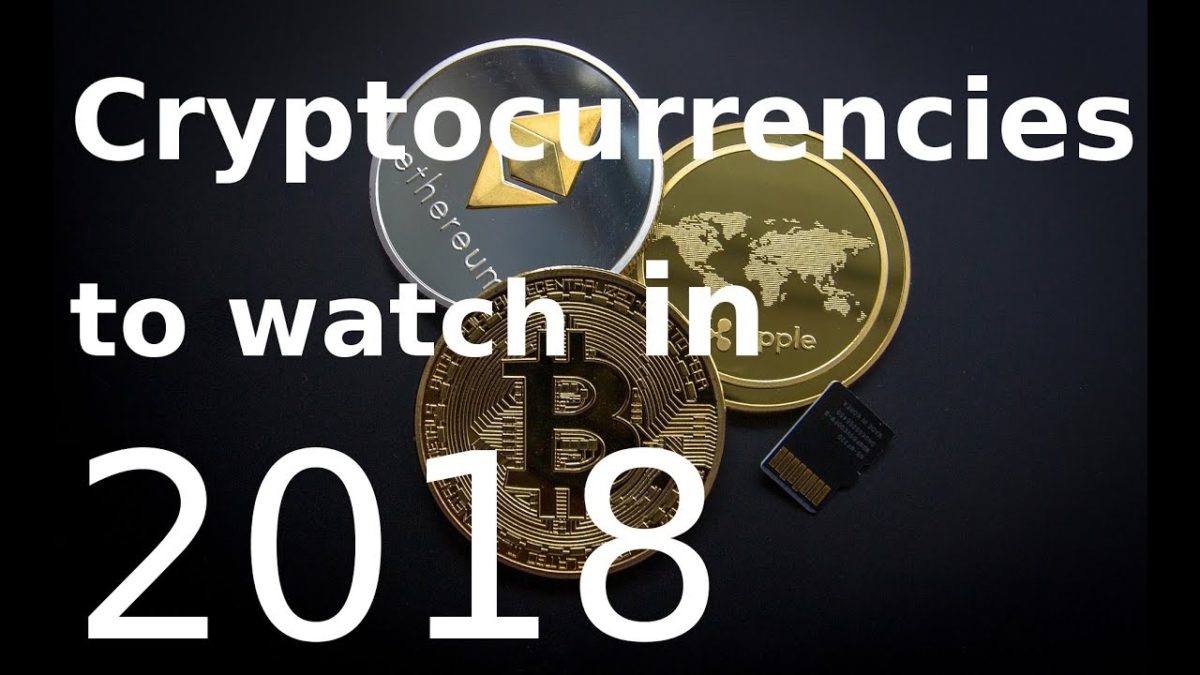 Currently, Bitcoin is the most powerful cryptocurrency that is influencing every industry to a great extent. With the time, besides Bitcoin, a number of cryptocurrencies have come up in the market that have not made as many headlines but working rigorously to do so. At present, the digital currencies are kicking themselves to become the next bitcoin. Keeping that in mind, here is a list of seven cryptocurrencies as per the analysts that are worth an investment in 2018. Read on!

Skinny: The cryptocurrency is described as Silver to Bitcoin’s Gold.

Invented by Charlie Lee back in the year 2011, Litecoin is considered as Bitcoin’s alternative. The cryptographer, Lee has the aim to short down the average block time that means verification time of new transactions in order to make the network public so that everybody can participate. Once he said, “For Litecoin, my purpose is that people can purchase things from Litecoin on a regular basis. The cryptocurrency is just a choice of payment.”

Similar to Bitcoin, the creator of Monero is anonymous

With the cryptocurrency, each detail, including transaction, size, receiver, and sender are recorded in a public distributed ledger. However, those details are totally anonymous. Even hackers took advantage of Monero and demanded Monero payments in WannaCry incident.

Besides, there are plenty of such cases with Bitcoin too. Though, for Monero, experts and backers say that the biggest usage of coin is not illegal. This will appeal to enterprises that want to secure money without revealing details among competitors or Monero can simply be used by someone who are doing business overseas and don’t want to be a target.

Currently, there are 15.5 million Monero in circulation; however the cryptocurrency don’t possess a fixed supply.

The CEO of Onchain in China, Da Hongfei and Erik Zhang (Co-founder of Onchain)

Skinny: This “Ethereum of China” might explode in case China eases Neo stand on Bitcoin and ICOs. As Ethereum is the second renowned cryptocurrency with a total market cap of $61 billion, therefore Neo has to go a long way.

Recently, the Founder of Neo, Da Hongfei told CNBC to stay fearless witnessing overheated cryptocurrencies. He said, “In my opinion there is bubble in the crypto industry, but its OK.” He added, “Each disruptive technology will definitely have bubbles, such as an automobile or train.” Since 2014, Neo was around and known as “Antshares.”

At present, the circulation supply of Neo is 65 million and total is 100 million.

Skinny: This platform has right dedication, money, and team to be Ethereum’s contender.

Launched some months ago, the blockchain of Cardano exploded with huge gains in the coin, known as Ada in the month of November. Began in the year 2015, it made itself first blockchain that is backed with ‘scientific philosophy’ and made by engineers and academics via research.

This relatively unknown cryptocurrency needs to reach to the mass. The CEO of Cardano, Charles Hoskinson said, “Cardano hands sustainability, scalability, and interoperability issues” in order to become a cryptocurrency that is utilized by hordes of people and financial systems. Its framework is still in the early stages and its next phase will launched in the second quarter of this year.

Skinny: The former developers of Bitcoin launched Ripple in the year 2012 and the Ripple’s cryptocurrency XRP.

Once Ripple is described as “cross in between currency exchange and Western Union with low fees” by the New York Times, as it is not only a payment mode or currency as well as a trading system. Creators explained, “Ripple connects payment providers, banks, cryptocurrency exchanges, and businesses in order to provide a great platform of sending money worldwide.”

The circulation supply of Ripple is around 38.7 billion and maximum supply is 100 billion.

Skinny: The biggest draw of Iota is that it doesn’t possess miners, trading fees, and blocks. For each transaction, processing power is required in order to validate the transactions that makes owner of Iota as “miner of Iota.”

The cryptocurrency aims to become the machine-to-machine payments securely in IoT economy. Iota doesn’t use blockchain as it is based on “The Tangle” – a distributed ledger architecture that allows Iota to meet milestones like infinite scalability, offline transactions, and zero-cost transactions.

Currently, the complete supply of MIOTA is in circulation and it is under 2.8 billion.

Skinny: Developed in August 2017, it is one of the newest cryptocurrencies. It is Bitcoin’s new version.

The largest challenge with this cryptocurrency is that is hard to adopt due to the high fees and slow transaction times. In November last year, the cryptocurrency topped the market cap of Ethereum and become the second most sought-after cryptocurrency.

The current supply is 16.8 million and total supply of Bitcoin Cash is 21 million.